For years I never used a tablet, although my workflow was deeply rooted in photoshop and in 3d modeling programs, a mouse and a keyboard was all I needed. Until one day, an architect friend of mine told me he had been using one for more than four years and now he couldn’t live without it. So, I bought one and that was about two years ago. So today I want to tell you about my experience and if I think every architect needs to have a graphic tablet.

Inside the world of tablets, there are graphic tablets, which are like a big mouse pad with buttons on the side and you use a pen instead of your fingers. The things you draw will be displayed on your screen, making the hand and eye coordination a little bit tricky.

There are also pen display tablets, where there is a screen on which you draw directly and is very practical.

Finally, there are your regular computer tablets like the ones from brands like iPad, o Samsung. This works independently from your computer and can also be used with your fingers or with a stylus.

Of graphic tablets, The most common brand that most of you may know is Wacom, but there are also many others like XP Pen, Huion., Ugee, or Turcom.

Structure of a tablet

The majority of tablets also have a series of buttons that generally go on the side or on the top. Some can have from 2 to up to 6 or 8 different buttons. On these buttons, you can designate shortcuts or hotkeys for each different software so your workflow can be much faster.

Finally, there is the pen, where you can also have some side buttons or even erase buttons, and a tip that can be changed when worn out.

Where would architects use this?

Since I am mainly a photoshop type of person, I find myself using brushes a lot, creating fast sketches, and sometimes correcting some images. For those cases a tablet comes in handy, it allows me to have more creative results in some of my drawings and I can write and scribble on top of existing images if I want to.

Using the mouse for some cases can be very uncomfortable and the tablet just gives it a natural feeling.

The normal reaction to having a tablet is to sketching right? At least that is what i thought, that everything I drew on my notebooks I could now draw on my computer through my tablet. Well….yes and no. If you have an iPad or a tablet with a display then of course, but if you just have a graphic tablet, then it could be a little confusing, You see, you are creating a sketch but not seeing the sketch unless you look at the computer screen. In order to do that you have to take your eyes off of your hand and that is where coordination can be a bit weird. To be honest, I don’t sketch a lot because I don’t have quite the hang of it and normally I don’t sketch that good, so on my tablet, the results are twice as bad.

What I usually do is export a diagram or a perspective view from my 3d modeling program and I sketch over it in photoshop, this gives a very interesting sketchy look while maintaining a crisp outline. If you would like to see a tutorial on this comment down below!

Many people can get used to modeling by only using tablets. the good thing about tablets is the hotkeys, where you can personalize the majority of shortcuts that you use the most and have a faster workflow. If we were to add up the seconds of typing each shortcut on our keyboard and hitting enter, then this would add up to a lot of time wasted. With the tablet, you can access all the shortcuts very quickly. Having that said, this can get a bit tricky with all the modeling programs nowadays. If navigation tools like rotating, zooming in or out, and selecting are different on SketchUp vs Revit or 3d max, then when you get on a tablet and try to memorize it, it can be a bit confusing.

So to be very honest, if you spend a lot of time 3d modeling then this isn’t the best choice for you, unless you have a graphic display on your tablet, but it’s not very practical.

The absolute pros about this are posture. As you know being with a regular mouse and the position your hand has to be in for so much time can over the years be demanding and result in serious injuries. With the pen it is a more natural and less tense type of grip, making injuries less likely.

Pen sensitivity. It depends on the generation and how new your tablet is, but with every year the pen sensitivity just gets better. So if you just hover over the display it can appear similar to when you grab a pencil and gently stroke on top of a paper, also the more you press on the pen and display the fatter the stroke is, making it seem more realistic.

Sometimes, a mouse can be very limiting in terms of creativity, there is just so much you can do with the mouse! But with an actual pen and the ability to draw, there are no limits!

Overall there are a ton of tablet options to choose from and different brands that have tons of features, but if you had a very small budget you could also get some. So there are very expensive tablets but also very cheap ones.

The biggest con about a tablet that does not have a display is actually that, you are drawing on top of nothing and you have to look at the screen. Of course, this isn’t such a big deal, if you practice every day over time this will seem very normal and you will be able to draw just as well on the screen then how you do on paper…but the learning curve can be a bit steep for some and weird to get used to.

So overall should an architect need a graphic drawing tablet? Well, it depends on what that specific architect does…if the majority of your day you are in a computer doing a little bit of everything like sketching, modeling, rendering, etc…then this could be a nice addition to your workflow. If you are a student I would definitely recommend it! It’s also fun to have creative projects on the side with which you could use your tablet.

If you are an architect that is not on the computer that much or that is mostly in front of 3d modeling programs then maybe I would go for a graphic tablet with a display.

Either way, a tablet is interesting and generates different workflows with which you could get used to!

What type of processor do you need?

How much RAM do you really need?

Learn how to create this site plan from start to finish in our Premium Site Plan Course! 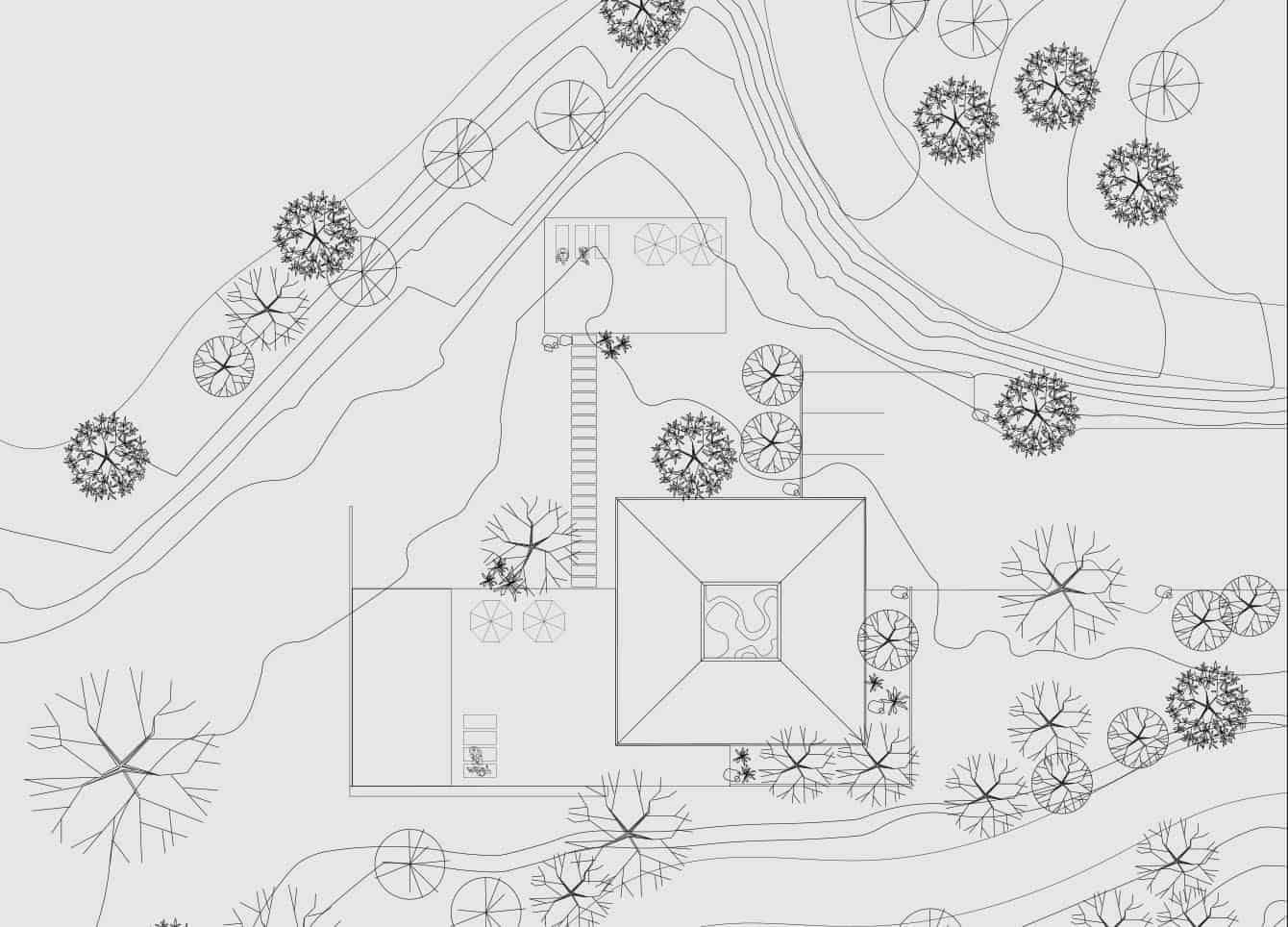 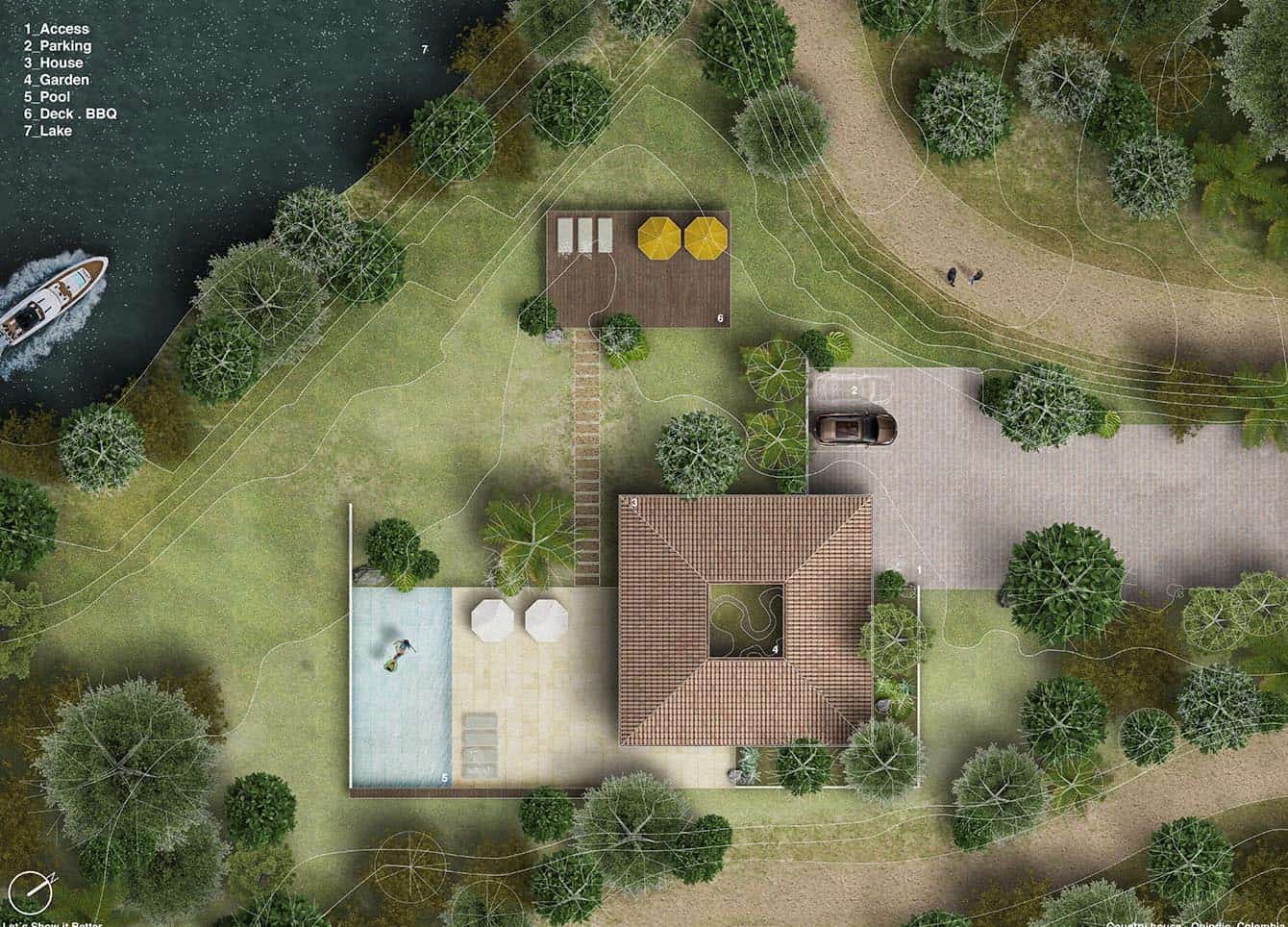